THE FORMULA ONE OF THE SEAS

imoca.org
The 60-foot-long IMOCA racing yachts are among the fastest, most modern monohulls in the world. They are built using composite materials, which makes them as light as possible, yet stable enough to withstand even the harshest conditions at sea. Because the class is “open”, designers have the freedom to constantly develop it further, striving to make the fastest ship possible within the given parameters and dimension restrictions. IMOCA Open 60s are the Formula One of the seas. Not only were they selected in 2018 as the class for the upcoming edition of “The Ocean Race”, but they are also the designated yachts for the Vendée Globe, the non-stop solo race around the world. The Open 60 emerged as a class during the second edition of the BOC Challenge when five of the competing monohulls measured to be 18.28 meters (60 feet) long. The boats are characterized by wide hulls and a long waterline, which make them particularly well-suited for the strong downwind courses in the South Seas. 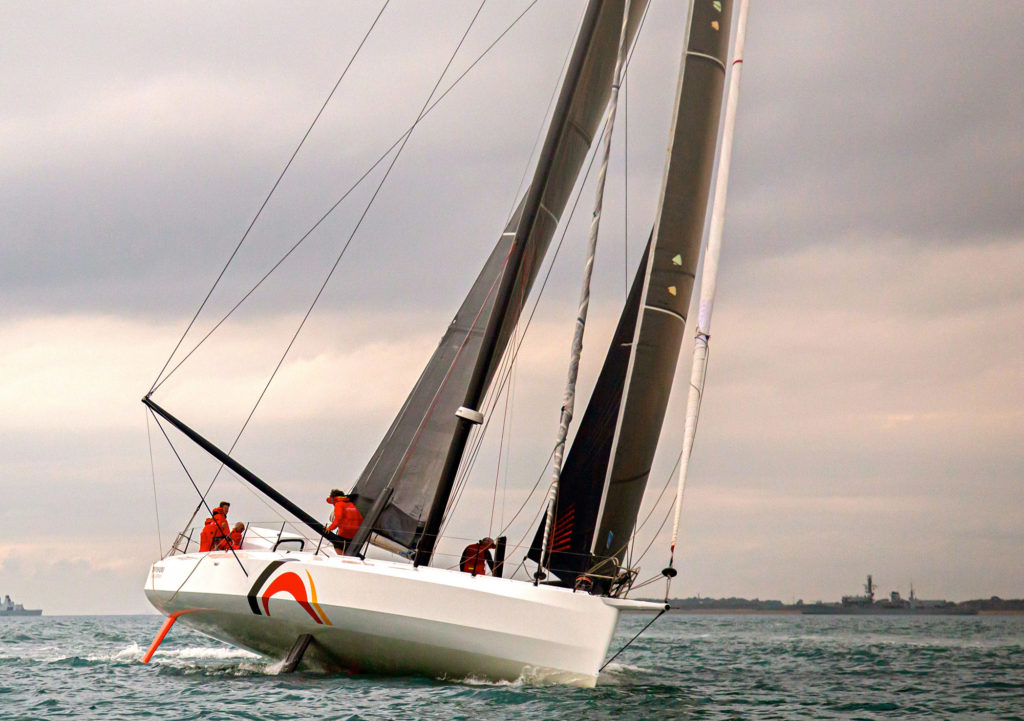 Canting keels allow for a greater righting moment and have thus been the class’s norm since 1998. Computer systems have become increasingly important, as they allow skippers to retrieve weather forecasts and communicate with land. Moreover, autopilot systems are now self-learning and more intelligent than ever before. Hulls and sail plans have changed over time, too, whereby boats with wider sterns have shown greater potential and have consistently performed better in upwind courses.

Cockpits are also safer than ever before. Coachroofs are long and high to protect sailors from wind and water at high speeds. Since 2015, the use of hydrofoils has helped reduce drag and allowed the yachts to sail even faster. In order to curb the immense development costs, the class established a standardized mast and keel for all new constructions built after 2013.

The IMOCA 60’s success is in many ways the direct result of the strict safety requirements imposed on the designers and sailors. The class restrictions stipulate an essentially unsinkable design. In order to compete in a race, for instance, a boat has to prove that it will not only remain watertight and stay afloat in the event of a capsize, but also that it can upright itself without external help. Furthermore, the boats have to be entirely self-sufficient for very long periods of time. They are designed to withstand strong winds in difficult to extremely difficult waters, as well as to handle emergency situations without external assistance.