Germany returns – back to the international stage of team offshore sailing!

The Offshore Team Germany (OTG) will be competing in the first edition of The Ocean Race Europe. 20 years after the legendary victory of “Illbruck” at the Volvo Ocean Race 2001/02, the OTG team will compete with the top professional teams of the international offshore scene from both the IMOCA and the VO65 classes under the leadership of skipper Robert Stanjek. In six weeks’ time, on 29 May, the starting signal for the three-leg race from Lorient, France, to Genoa, Italy, will be given. Both fleets will race from Lorient to Cascais in Portugal, then on to a venue soon to be announced in Spain, before heading up north towards Genoa. The race is the start of fully crewed sailing for the currently leading offshore class, the IMOCA 60, and the next highlight in the offshore calendar after the finish of the Vendée Globe. The feedback from The Ocean Race headquarters about Offshore Team Germany’s entry was enthusiastic – being fully aware that this race still has a big impact in Germany despite the long absence of a German team.

“This is a terrific sign. I’m happy that it’s actually becoming real now and we are finally getting underway,” says Robert Stanjek, who switched to offshore sailing after his London 2012 Olympic participation in the Star boat (sixth place with Fritjof Kleen) and is now facing the biggest challenge of his second sailing career. “For me, the significance of The Ocean Race is quite similar to the Olympics. And the preparations have the same dimensions to an Olympic campaign – even if the tasks are much more diverse.”

Almost nine years after the Olympics, Robert Stanjek’s hopes finally come true: “The Ocean Race is my big dream and participating in the first ever edition of The Ocean Race Europe is a fantastic opportunity. We are very aware that we will be the rookie team. But we will be ready and give the others a tough competition.”

For OTG team manager Jens Kuphal, sending the registration to the The Ocean Race was a relief after years of work. “What a great moment. We started working on this project five years ago, found a top boat in the former Acciona IMOCA that competed in the 2012-13 Vendée Globe, had and still have to make important decisions for the further rebuilding work. In the meantime, we have also built up the structures for the sailing and shore teams. With the participation in the Rolex Fastnet Race 2019, the whole team has passed the first test. But in the pandemic year 2020, we also experienced that the development of such a project does not always depend on yourself. So we are more than happy that it is now getting underway.”

Kuphal admits that at the beginning of this project he did not think about the multitude of tasks that have to be tackled in order to participate in The Ocean Race. “It’s not done just with having a boat available. The organisational tasks are huge. The international network is particularly important. Without this network, nothing works in this sport. And it simply takes time to build up these connections. But by now we feel that we have arrived in the IMOCA scene. Now we also want to deliver a decent performance and generate public attention.”

Michael End, CEO of Offshore Team Germany, is also looking forward to the event after the decision to be at The Ocean Race Europe: “Now it’s starting! It feels good. Of course, we have weighed off the decision for a long time, because we have invested a lot of time and energy. Our first mission to get to the starting line has been accomplished. But the journey is far from being over with our participation in The Ocean Race Europe. We stand for the project ‘Made in Germany’ and want to present this idea at this race.”

The Vendée Globe and especially Boris Herrmann’s great success has given offshore sailing in Germany a major boost in terms of sport and media, which is now to be put to good use. “We are of course aware of the increased attention due to the Vendée Globe. But there is no denying that the Corona pandemic has not simplified the possibilities of attracting sponsors,” says End. “We will also, of course, miss the opportunities to witness the race, the spectators, the hospitality. But we also see this European race as a great opportunity and it will give us a feeling for the around-the-world-race starting next year.”

In addition to the two Germans Robert Stanjek and Phillip Kasüske, the crew will also include international sailors. Two-time British circumnavigator Annie Lush brings top Ocean Race experience to the team, and in the navigator position OTG will sign up more global offshore experience.

After the transfer of the “Einstein” from England to France, intensive training sessions are planned for the team in the Bay of Biscay before the final preparation for the race begins. “The situation does not leave much time for us. We have done our homework up to this point, but we still have to check the boat carefully after the long rest period and the technical inspection at the beginning of this year. After that, we will gain more miles and important experience in the new crew constellation. With only four sailors on board, a good watch system will be particularly important. This still has to be tested. In any case, it will be very exciting for the other teams as well. After all, it is the first sporting encounter between the IMOCA and The Ocean Race world. Many eyes will be on it,” says Robert Stanjek. Despite his Olympic career, the 39-year-old from Berlin is extremely excited: “It’s our first appearance in the Champions League of offshore sailing!“ 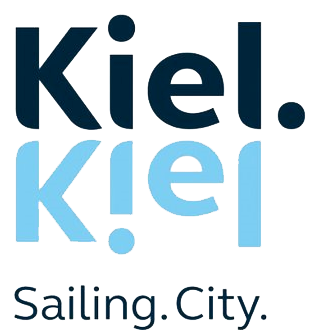